“The Killing” and I

Posted on November 6, 2014 by emilyinbeautyland

Kristen Campo
Photo by: Tommy Garcia for the Hollywood Reporter

When one producer introduces you to another, you never know what you’ll get.  I hit the jackpot when super-star producer (and down to Earth yet model-beauty) Danielle Harrington introduced me to Kristen Campo. Danielle and I met almost four years ago when I moved to Los Angeles as an artist in residency for Giorgio Armani Beauty.  A couple of years later, I received the call from Kristen, letting me know Danielle referred her to me as her wedding artist of choice.

Not once did Kristen drop her title, status, or prestige when we worked together to get her wedding look just right.  (The photos will be published in a European magazine soon, and I will make sure to share them when they hit the public!)

Not once did she brag or get crazy when she called me to do her make up months later for the Hollywood Reporter’s 21st annual definitive list of the industry’s top execs, 35 and under. She didn’t even tell me until I was doing her make up the other afternoon what it was for!!! 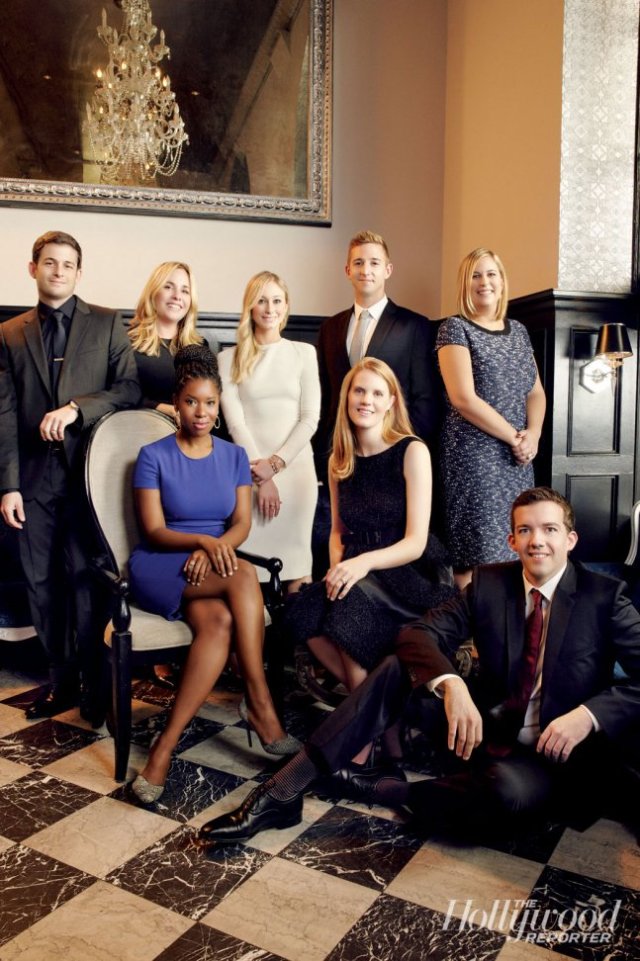 Photo by: Smallz and Raskind for the Hollywood Reporter

In Los Angeles, a town where everyone is dropping names, and bragging about their accomplishments, Kristen is both humble and down to Earth.  It wasn’t until I “googled” her (yeah, I know, I’m creepy) that I found out Kristen developed, created, and brought to life one of my all time favorite TV shows, AMC and then Netflix’s The Killing. Her natural beauty, kindness, and enthusiasm for life makes her one of my all time favorite people.

Here is a fantastic shot from when we worked together yesterday afternoon to get her red-carpet ready.

Photo by: AP Images for The Hollywood Reporter’s Next Generation Bash

Keep your eyes on Campo for more amazing creations and entertainment.

As stated in the Hollywood Reporter, “Up next: The New York native, who is known for being hands-on and ultra passionate, will serve as a producer on NBC’s midseason political thriller Odyssey and Billy Crystal‘s The Comedians at FX.”

Emily Oliver is a celebrity make up artist raising fraternal twins in Seattle, Wa and relishing the beauty of the world through their eyes.
View all posts by emilyinbeautyland →
This entry was posted in A little Chat, Work it and tagged Hollywood Reporter, Kristen Campo, Los Angeles, Make-up artist, network, Next Generation, The Killing, tv, Under 35. Bookmark the permalink.

1 Response to “The Killing” and I

The Life of Kristyn

travelling the world while (trying) to look good